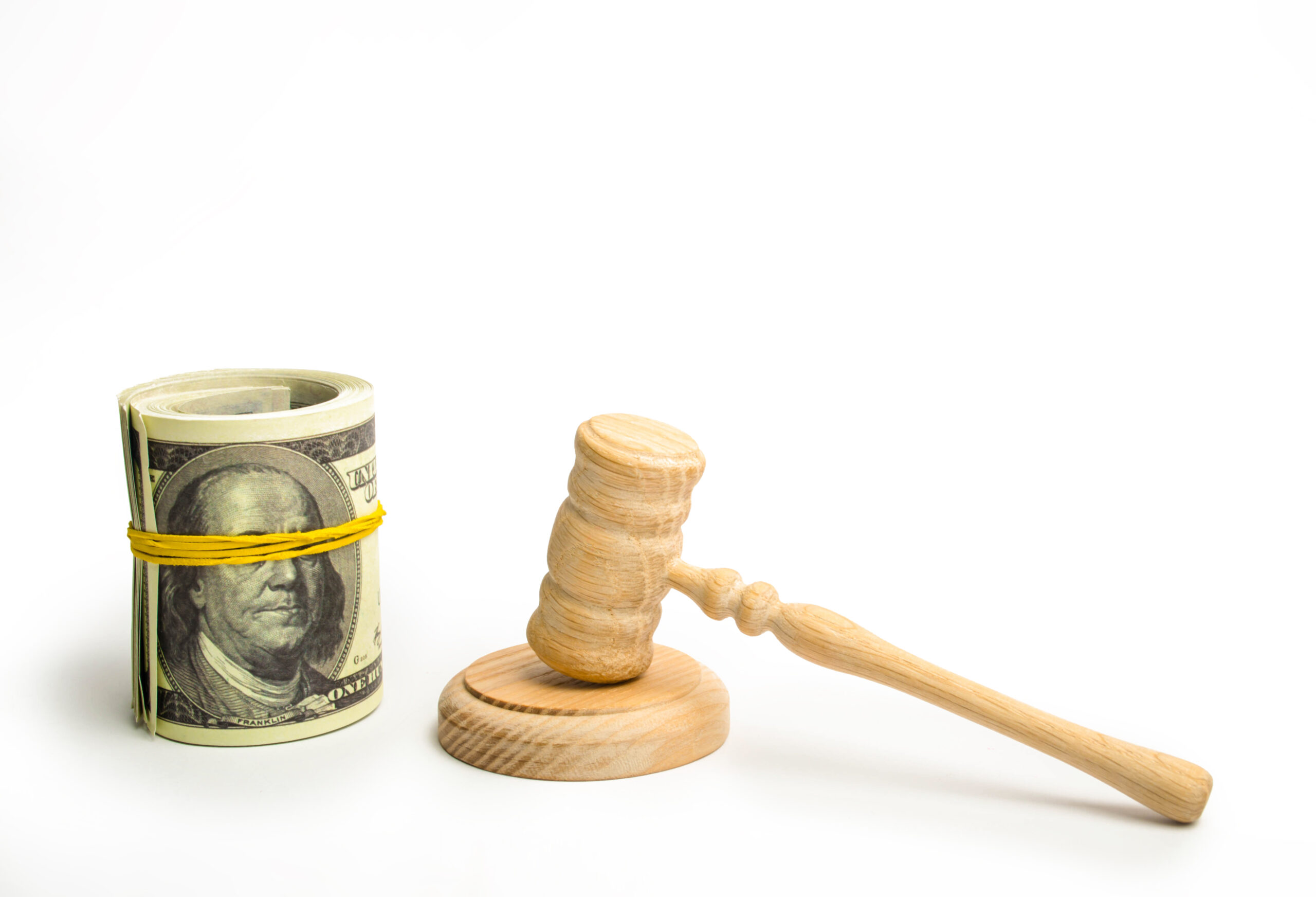 If your business has ever needed additional cash to operate in the short term or to expand, you may have encountered merchant cash advances as a method of financing. While considering this option, you may have asked yourself what the difference is between alternative financing and traditional loans or questioned whether it affects credit scores the same way.

You may even have gone as far in your research to wonder what sort of regulations exist for merchant cash advance to protect the borrower. Unfortunately, very few protections, if any, exist for people who take out one of these advances, though there have been some recently proposed legislation on the state and federal level that may soon change this lack.

In this article we will look at the current state of merchant cash advance regulation and recent trends in many states towards rectifying issues with advances.

Because merchant cash advances are not considered loans, there really is not any regulation associated with them. Merchant cash advance companies do not need to follow state usury laws which limit how much interest companies can charge on certain loans or credit cards.

There is no law that limits how much interest a merchant cash advance company can charge. The one type of regulation these companies fall under is from the Uniform Commercial Code.

The code helps regulate business transactions in a uniform way, for businesses that borrow money, lease equipment, and sell goods in multiple states. However, the Uniform Commercial Code does not regulate interest rates.

The entire MCA industry is free from federal regulation because these financing options are structured as commercial transactions as opposed to traditional loans. This allows these MCA providers a great deal of leeway to operate in some less than ethical ways to circumvent regulations and laws that traditional lenders must follow.

In the absence of government oversight or regulation, many debtor merchants have looked to the courts for relief. A majority of MCA contracts require New York law as the choice of law for any dispute.

Consequently, the subject of merchant cash advance agreements and whether they constitute loans or sales of future receivables has been considered by several New York state courts.

Recent decisions evaluating whether merchant cash advance agreements are sales or loans cite certain factors to determine whether the transaction provides for absolute or contingent repayment.

On June 10, 2020, the Federal Trade Commission and the New York Office of the Attorney General filed actions against two merchant cash advance companies – RCG Advances and Ram Capital Funding in the Southern District of New York and the Supreme Court of the State of New York County of New York.

Both the FTC and the New York AG assert several claims against the defendants related to the marketing, offering, and collecting of MCA. These lawsuits pose a threat to the MCA industry, and provide insight into the types of claims state and federal regulators will bring against MCA companies in the future.

Let’s break down the case:

The primary allegations by the FTC concerning marketing relate to misleading claims. The FTC alleges that although the defendants’ websites state that the MCA requires “no personal guaranty of collateral from business owners,” the contracts actually contain a “personal guaranty” provision.

Also, the FTC alleges that defendants “buried” fees in the contracts “without any language alerting consumers that the fees are withdrawn upfront.”

The FTC also claims that the defendants provide consumers with “less than the total amount promised by withholding various fees ranging from several hundreds to tens of thousands of dollars prior to disbursement.”

According to the FTC, the use of confessions of judgment conflicts with the defendants’ contracts that “provide that Defendants will not hold consumers in breach if payments are remitted more slowly”.

Finally, the FTC also claims that defendants made threatening calls to consumers related to repayment of the advances.

Along with similar claims and allegations advanced by the FTC, the New York AG contends that defendants “disguise each loan as a ‘Purchase and Sale of Future Receivables,’ but in reality, … the transactions are loans.”

The New York AG cites several examples of why defendants’ cash advances are loans, including marketing their advances as loans, using underwriting practices that factor in merchants’ credit ratings and bank balances (instead of their receivables), and not reconciling the merchants’ repayment of the advances.

These Complaints filed by the Federal Trade Commission and the New York Attorney General provide a glimpse into what merchant cash advance companies should expect in a regulated future for the industry.

In particular, the New York AG’s complaint related to recharacterization of merchant cash advances as loans provides significant guidance for not only the drafting of the MCA agreement, but also the underwriting and marketing of the MCA.

The New Jersey legislature has decided to reign in the use of Confessions of Judgments. New Jersey’s Senate Commerce Committee advanced S3581, a bill that would prohibit the use of COJs in a “business financing” contract with a New Jersey debtor.

New Jersey’s COJ bill is similar to the bill advancing through the House of Representatives at the federal level. Meanwhile, New York’s legislature had also proposed a near-identical bill, but it did not pass.

Instead, New York passed a law that prohibits entering a judgment by confession in New York’s courts against a non-New York debtor. The New Jersey State legislature strengthened its Confession of Judgment bill by adding language that grants the Attorney General power to enforce monetary penalties against violators.

The MCA Industry was Attacked in California

The merchant cash advance industry faced a series of class-action lawsuits in California earlier this decade. Some of the cases settled once the plaintiffs were able to show that the documentation for these transactions used loan terminology or that the owners had signed broad repayment guarantees.

In Clark v. Advance Me Incorporated., case number 2:08-CV-03540, Advance Me paid $11.5M to settle the allegations and agreed to implement measures to protect merchants when their receivables fell short for legitimate reasons.

The merchant cash advance industry responded to the California lawsuits in multiple ways.

Because California law does not limit interest rates for most loans of $2,500 or more made by a licensed entity, merchant cash advance companies began obtaining California Finance Lenders Law, “CFLL,” licenses. Once a merchant cash advance company has a CFLL license, even if the transactions are recharacterized as loans, the transactions are not usurious under state law.

Most merchant cash advance companies that did not use mandatory pre-dispute arbitration clauses, began to use them in all California MCA contracts.

Many companies added language to their contracts similar to the following provision that Advance Me agreed to, to include as part of its settlement of the California class action: Buyer, seller and principals acknowledge and agree that seller going bankrupt or going out of business, in and of itself, does not constitute a breach of the seller contractual covenants.

The Department of Business Oversight (DBO) expects that small businesses may struggle to make payments under existing loans or other financing products as a result of government- issued stay-at-home orders. The DBO encourages small businesses to review the terms of their existing financing products to determine whether they may be entitled to relief and report finance companies that fail to honor contractual terms that provide relief.

Some small business financing providers in California provide financing in the form of “merchant cash advances” or “sales of future receivables” through which businesses receive cash up-front in exchange for “selling” a portion of their future revenue. Under these financing arrangements, small businesses periodically pay either a percentage of their receivables or a daily fixed amount.

The California Senate and Assembly passed SB 1235 on August 31, 2018, and Governor Brown signed it into law on September 30, 2018. The bill adds a new Division (Division 9.5) to the California Financing Law (CFL). The CFL generally covers both consumer and commercial lenders, imposing licensing and disclosure requirements and interest and fee limitations on certain loans.

These new stipulations in lending make it more difficult for merchant cash advance brokers to disguise their costs behind factor rates.

Is Merchant Cash Advance Regulation on Its Way?

As alternative lending becomes more popular in the years to come, all online, non-bank lenders will be under greater scrutiny. Merchant cash advance companies are beginning to be examined much more critically by state and federal governments.

It seems pretty clear at this point that some type of government regulation will be required to oversee the online and alternative lending industry. If merchant cash advance regulation happens in the future, it will likely be to require rate disclosures, rate limitations, and other measures to prevent predatory lending. This will not only help to protect small business owners but should also help legitimize the small business alternative lending industry, overall.

If your business is struggling with repaying a merchant cash advance, if you are at risk of defaulting, or have already defaulted then you should strongly consider consulting with an attorney experienced with mca lawsuits.

Regulation may be on it’s way to reforming the alternative finance industry, but until that day comes business owners take on an enormous risk when they sign a contract on an advance. There are a number of other funding methods and loans available to business owners that are less risky. If you have no option but to take out an MCA, it is in your best interest to understand what may be in the contract to better protect yourself from predatory lending.

Sorry, the comment form is closed at this time.